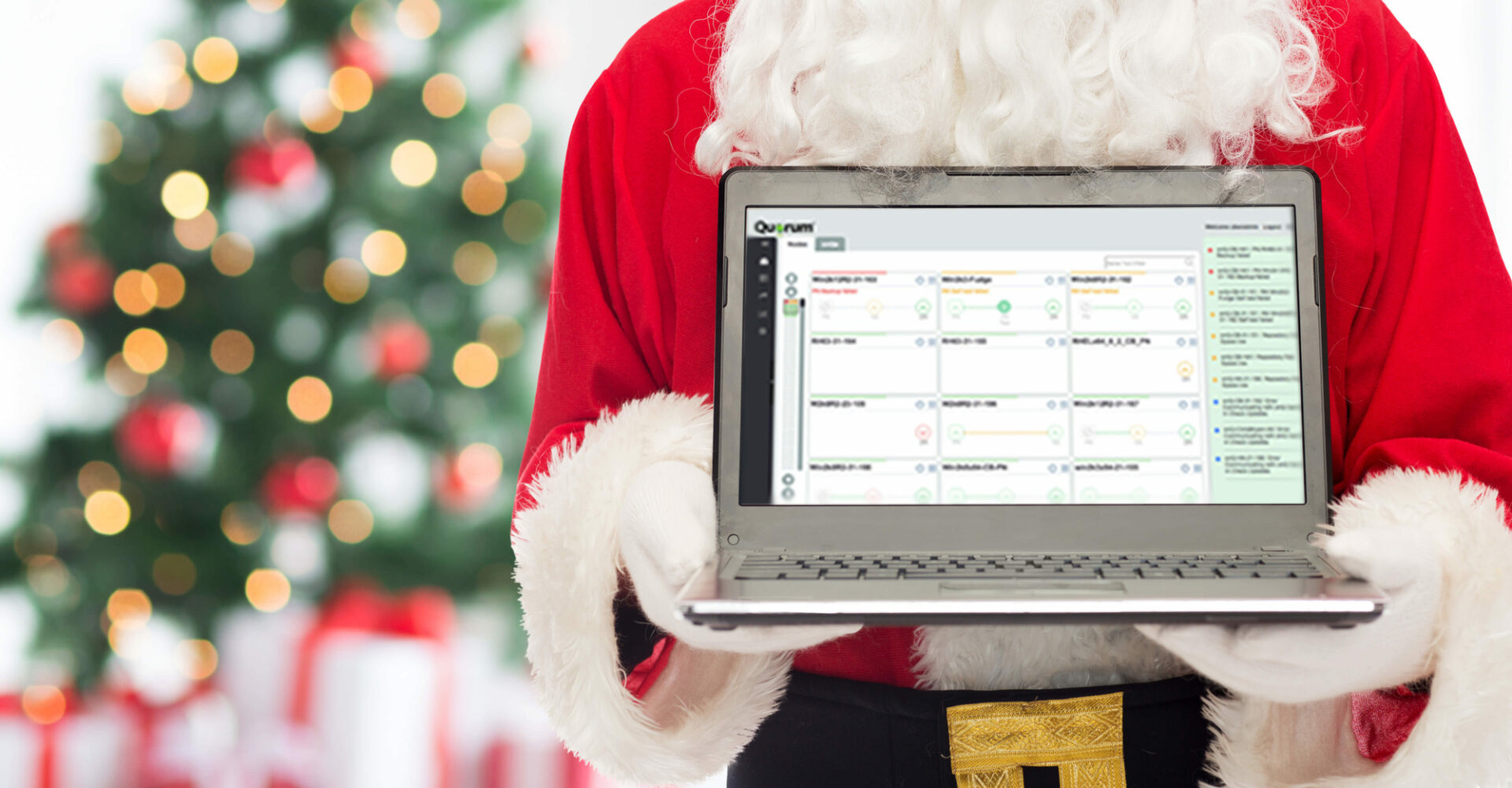 Will you be working over the holidays? Our customer Tom won’t.

Yes, this is the same story. See, the outage happened on Christmas. Not a few days before or a few days after. Shortly after midnight, right as some people were placing presents under the tree and others were sneaking another cup of spiked eggnog before bed, phones started ringing. There was a major outage, it was impacting servers all over the world for this major company, and it was going to hijack the holiday in a major way for the IT team.

And indeed the team spent the day not with their families, but in meetings and crisis mode, struggling to get their systems back up – because even on the biggest holiday of the year, users and customers expected availability. Tom was part of that team. It changed something in him. He was sick of BDR solutions that never seemed to do their job, vendors that required constant management, and backups that weren’t reliable. He knew the next outage was around the corner, and he was not going to repeat the same cycle of anxiety, blame and loss. So he started reading reviews on Spiceworks to see how other organizations were solving these challenges – and he found Quorum.

Immediate recovery? Automated testing? A solution that could not only keep his organization safe and his systems running, but free up his team to focus on more exciting initiatives? It sounded like the perfect solution. Tom dug in a little deeper, then decided it was worth a demo. He liked the fact that onQ featured a fully isolated sandbox environment, so he could do patch testing, upgrades and configuration changes before moving into production. He liked the range of failback options that could let his team failback from physical to virtual, virtual to virtual, or virtual to physical. And he really liked the idea of a solution that could be set up in a few hours, so his busy team didn’t have to miss a beat. His organization made the switch.

That’s not to say things have been perfect since then. His organization has gone through the failure of some expensive hardware, another datacenter outage, a breach that wasn’t caught in time. But because they have a fast and reliable backup and disaster recovery system, they’ve been able to maintain continuity and protect their assets through all of those incidents – and they’ve done so quickly.

The need for rapid recovery is no secret. 98 percent of respondents in our State of Disaster Recovery Report 2016 rated speed as important. But what doesn’t get said enough is how much time an advanced BDR solution can save you in multiple ways. It’s not all about immediate recovery (though that is a major selling point with onQ, we can’t lie.)

Take a look at your solution and ask yourself:
• Is it easy to manage? How much work is involved?
• Can you enroll applications to backup in just a few clicks?
• Do you spend significant time testing backups – or is automatic?
• Is your solution another compliance headache or is it aligned with HIPAA, PCI and SOC2 requirements?
• When your backups are running, are they as fast as your normal system – or sluggish?

Being an IT professional is the definition of being busy. But there’s no reason to waste hours and even days every month managing an antiquated backup and disaster recovery system – not when faster and more efficient options are available. Don’t lose another holiday or vacation to downtime. Get started today with onQ and see what real BDR power feels like.